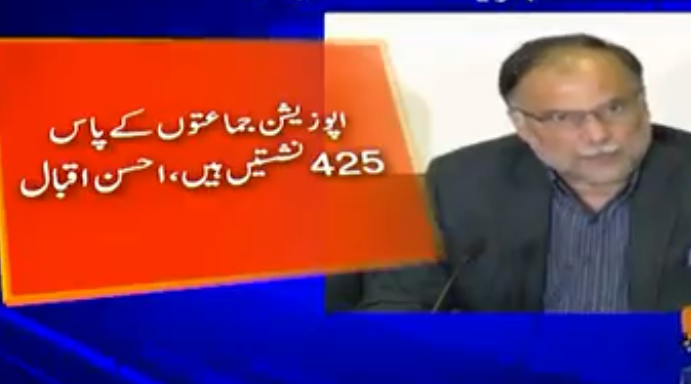 ‘When 425 resignations come, there will be general elections, not by-elections

LAHORE: Pakistan Muslim League-Nawaz (PML-N) leader Ahsan Iqbal has said that when 425 resignations are received, by-elections will not be held.

Talking to Shahzeb Khanzada on Geo News today, Ahsan Iqbal said that the opposition would not run on the timetable of government spokespersons.

He said that the opposition has 425 seats and when 425 resignations come, there will be no by-elections.

PML-N leader Ahsan Iqbal claimed that government members were making contacts for the next elections.