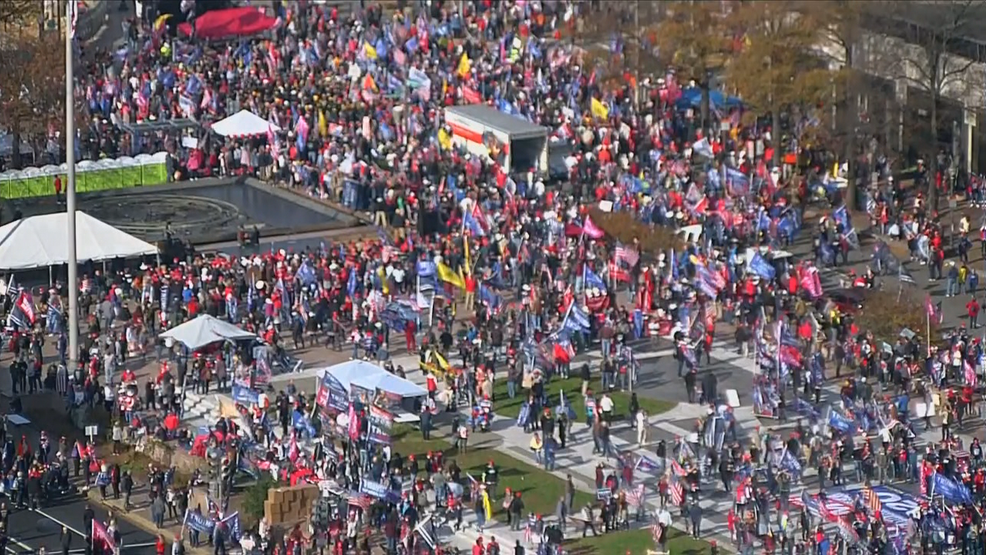 Trump supporters gather for a rally in DC

giving the thumbs up in the motorcade as he passed by several staffers here at the white house retweeting and favoriting tweets about this massive rally going on right now in washington d.c some people calling it the million mega march but as i mentioned president trump is golfing right now at his club in northern virginia and at this point there are still no plans to concede no hint of any concession uh leland yesterday he came out uh on camera in the rose garden to speak for the