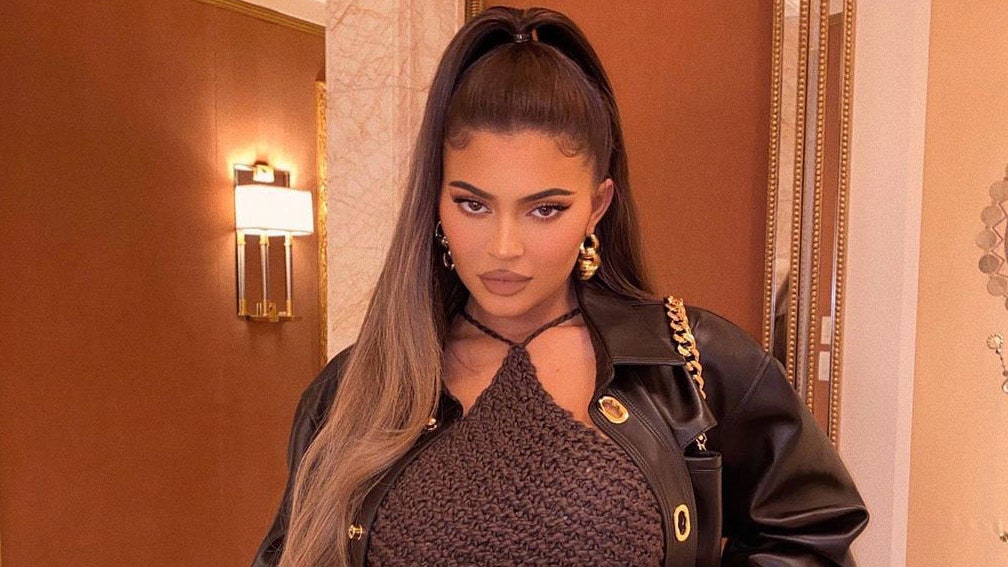 Travis Scott is back on Instagram after a brief hiatus and he’s already leaving flirty comments on Kylie Jenner’s photos that have fans wondering if these two are back together. If you’re feeling like you can’t keep up with the saga of Kylie and Travis and whether or not they’re together, don’t worry you’re not alone. These two aren’t making it easy for fans to know their exact relationship status like they once did, but

some new clues have fans thinking they are back together. Obviously, we know they co-parent their adorable daughter Stormi and have been spending a lot of time together since the lockdowns, but last month Kylie had fans shook when she posted these photos with Travis. A couple-

looking pic of these two hasn’t popped up on our feeds in a while, so fans instantly started to wonder if they were back together. Then, earlier this month Travis quit Instagram seemingly out of nowhere, making fans wonder why he randomly deactivated his account and if it had anything to do with Kylie, or because of some of the criticism he got on his Halloween post just before he deactivated it. Just days after Travis

deleted his account Kylie took to Instagram and shared these sultry pics and captioned them “miss u missin me.” The comments were flooded with fans wondering if Kylie’s caption was about Travis. But again, Travis wasn’t on the gram at the time. Now he’s back though and

he just left a flirty comment on Kylie’s recent booty pics. On Thursday, Kylie posted these pool photos showing off her best assets in a thong bikini. In her caption Kylie promoted her new Kylie Cosmetics Grinch collection, but people in the comments were more interested in the

photo than the caption. Kylie sent both fans and celebs into a frenzy with these pics. Her sister Khloe Kardashians wrote “Merry Christmas to us.” Her BFF Stassie commented saying “mami” with a bunch of drooling face emojis. And James Charles, who Kylie recently collaborated

with, simply wrote “hot.” There was one comment in particular though that caught fans’ attention. Travis got in on the fun with his own thirsty comment writing “heavy” with some suggestive emojis. Fans were quick to reply to Travis’ comment writing things like “@travisscott MARRY HER ALREADY” and “my couple” with heart eye emojis. Obviously, this comment doesn’t exactly make their relationship official, but it definitely confirms some of our speculation. Last month People Magazine said they were not back together at the time Kylie posted

these pics with Travis. But who knows, we are entering cuffing season and they have been spending a lot of time together during the Q. Anything is possible!