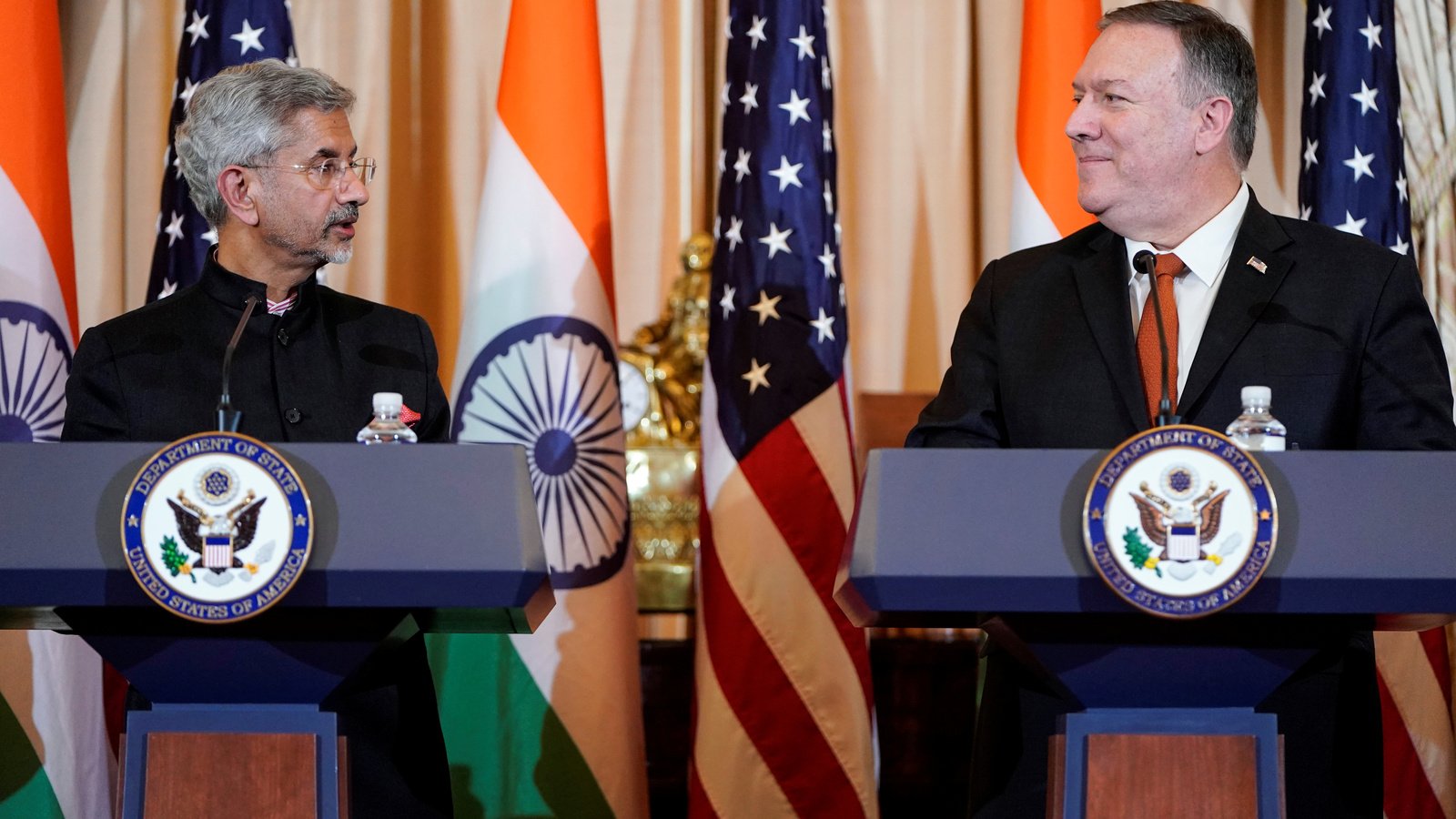 and third India u.s two plus two ministerial dialogue will be held in New Delhi tomorrow the u.s secretary of state Mike Pompeo and defense secretary Marty esper are scheduled to arrive today for the talks the Indian side will be represented by defense minister rajnath Singh and external affairs minister s j Shankar these talks are essentially aimed at further boosting our ties with the united states with regards to defense security and global strategic partnership between India and the united states and it also remembers comes to the backdrop of the ongoing tensions between India and China ahead of the talks a senior trump administration official said on Saturday that the united states are closely monitoring the border route between India and China and doesn’t want the situation to escalate