Ken Block is a professional rally driver and co-founder of the Hoonigan Racing Division. He was born on November 21, 1967, in Long Beach, California. Block began his racing career in 2005, competing in the Rally America National Championship. He quickly made a name for himself with his aggressive driving style and his ability to perform impressive stunts in his rally car.

In 2008, Block caught the attention of the wider world when he released a video called “Gymkhana Practice,” which showed him drifting and sliding his rally car through a series of obstacles in a deserted parking lot. The video became a viral sensation, and Block released a series of follow-up videos called “Gymkhana” that featured even more impressive stunts and maneuvers. These videos have been viewed millions of times and have helped establish Block as a household name in the world of motorsports.

In addition to his successful career as a rally driver, Block is also a successful businessman. He co-founded the Hoonigan Racing Division in 2010, which produces high-performance racing parts and clothing. Block is also the owner of Hoonigan Industries, a creative agency that works with brands to produce content for social media and other platforms.

Outside of racing and business, Block is also an avid skateboarder and snowboarder, and he is known for his love of extreme sports. He has also been involved in various charitable causes, including raising money for cancer research and supporting animal welfare organizations. Overall, Ken Block is a multi-talented and successful individual who has made a name for himself in the world of motorsports and beyond.

Ken Block’s Gymkhana videos have evolved significantly since the release of the first video in 2008. The original “Gymkhana Practice” video was filmed in a deserted parking lot and featured Block drifting and sliding his rally car through a series of obstacles. The video became a viral sensation, and Block released several follow-up videos that featured even more impressive stunts and maneuvers. These videos, which were collectively known as the “Gymkhana” series, were filmed in various locations around the world and featured Block driving a variety of cars, including his Ford Fiesta rally car and his Ford Mustang Hoonicorn.

As the series progressed, the videos became more elaborate and featured bigger and more complex stunts. The later videos in the series, such as “Gymkhana Ten” and “Gymkhana Eleven,” were shot in exotic locations and featured Block driving his cars through abandoned warehouses, city streets, and even on a frozen lake. The videos also featured a number of guest appearances from other drivers and celebrities, adding to their appeal.

The Gymkhana series has been a major success, with millions of views on YouTube and a loyal fan base. The series has also helped establish Block as a household name in the world of motorsports and has inspired a new generation of drivers to pursue careers in rally racing and stunt driving. The evolution of the Gymkhana series has been a testament to Block’s creativity and his ability to push the boundaries of what is possible in a rally car.

Overall, Ken Block’s car collection is a testament to his love of cars and his passion for high-performance vehicles. It includes a wide range of cars that are sure to appeal to car enthusiasts of all kinds.

Overall, Ken Block is a multi-talented individual who has been able to parlay his passion for cars and action sports into a successful business career. His various ventures have helped him build a loyal following and have allowed him to make a name for himself in the world of motorsports and beyond. 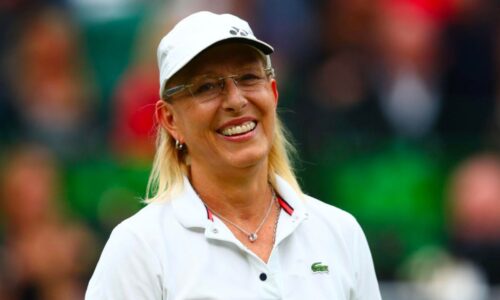 “The Unforgettable Journey of Martina Navratilova: From Czech Defector to Tennis Icon”