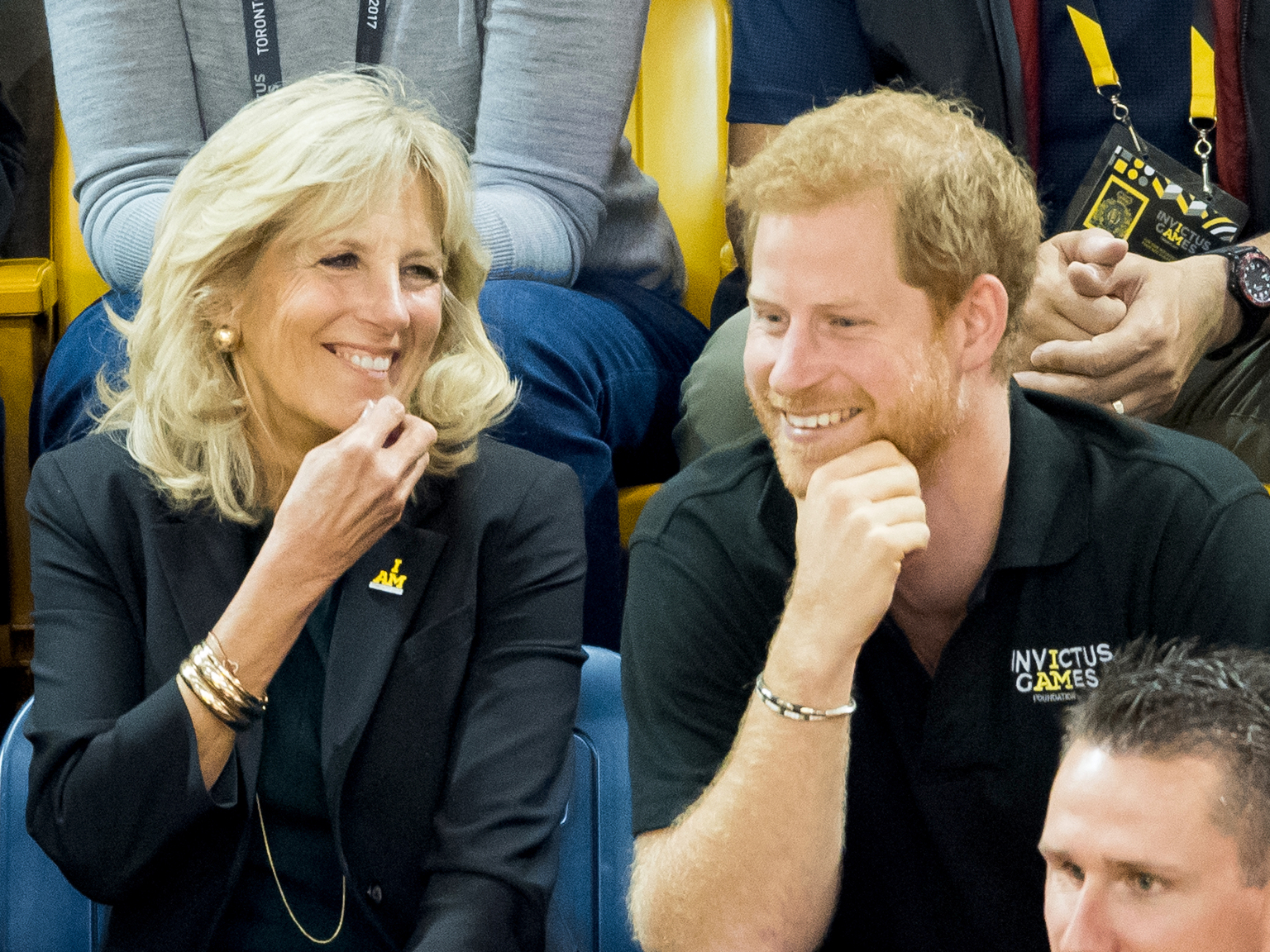 visiting the u.s first lady michelle obama joined the duo at a white house event honoring military families and harry and jill reportedly bonded over their mutual connection to the armed forces during a speech jill reflected on her and joe’s now late son beau biden and what it means to have a child serving their country saying quote i feel a special bond with other

and served two tours in afghanistan before launching his invictus games which dr biden and then vice president biden have attended multiple times and they were pictured cheering alongside harry in the stands in 2017. president-elect biden even remarked on how well jill and harry got along joking to the guardian in 2014 that he was a little worried when