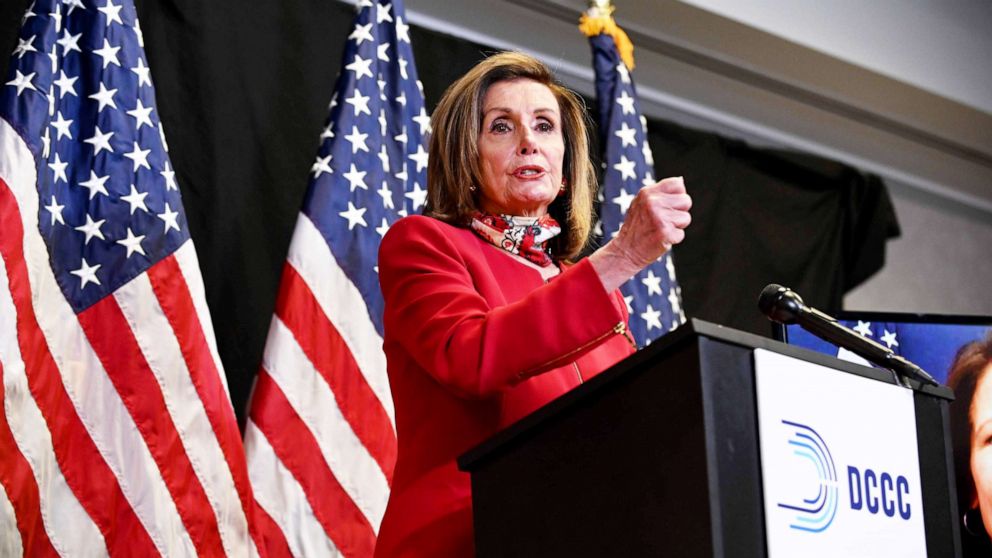 Pelosi faces questions about election losses in the House of Representatives

about the math her numbers in terms of the democratic caucus at the end of the day once they count all the races is going to be 221 222. the house the entire house of representatives votes 435 members january third she has to get to 218 she lost 15 votes last time so how does she resolve that math the approach here of house speaker nancy pelosi seems to be