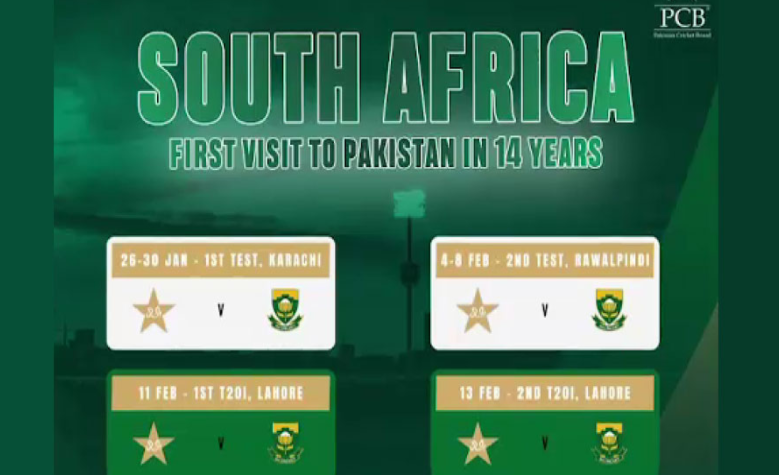 PCB has released the schedule of South Africa tour to Pakistan. The visiting team will arrive in Pakistan on January 16 to play two Tests and three T20s.

South Africa agreed to visit Pakistan for the first time since 2007. The PCB has released the schedule of the Proteas’ tour of Pakistan where they will play two Tests and three T20 matches. The visiting team will arrive in Karachi on January 16, 2021 and will be quarantined.

The first Test will be played in Karachi from January 26 to 30 and the second in Rawalpindi from February 4 to 8. Both matches of the series will be part of the ICC World Test Championship.

Director Cricket South Africa Graeme Smith says he has visited Pakistan many times as a cricketer. I know very well about the love of Pakistani people for cricket. Director International Cricket PCB Zakir Khan said that Pakistan and South Africa would spare no effort to ensure the health and safety of the squad. The captain of the national cricket team Babar Azam is also happy. Says I am waiting for the leadership of the Test team at home ground.