The Pakistan Cricket Board (PCB) has released a new schedule for the series against Zimbabwe under which the series will start with ODIs in Rawalpindi while T20 matches will be played in Lahore.

According to the announcement of PCB, Pakistan will start its journey from Rawalpindi in ICC Men’s Cricket World Cup Super League.

The three ODIs between Pakistan and Zimbabwe will be played on October 30, November 1 and 3 at the Pindi Cricket Stadium in Rawalpindi. The three matches were originally scheduled in Multan but were shifted to Rawalpindi due to logistical and operational reasons. Is.

On the other hand, the hosting of the three scheduled T20 matches in Rawalpindi has now been handed over to Lahore. These matches will now be played on November 7, 8 and 10 at Gaddafi Stadium in Lahore.
Zakir Khan, Director International Cricket, Akstan Cricket Board, said that the venue in Multan was not available due to logistical and operational reasons. Suitable for broadcasters and other relevant authorities. 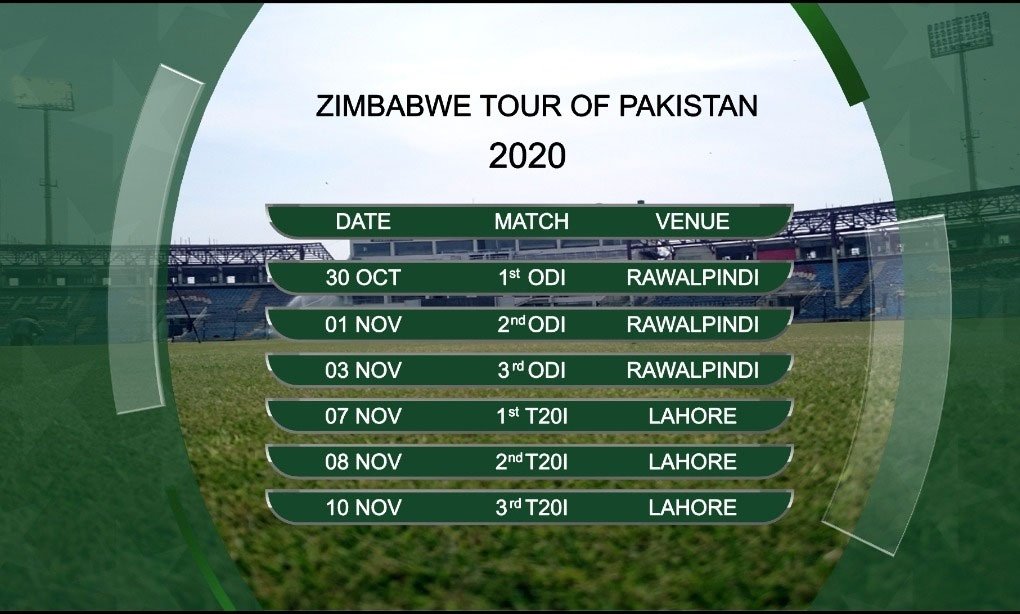 He further said that we will be in constant touch with the Meteorological Department regarding the expected smog situation in Lahore in November and if any change is required during this period, it will be considered.

The Zimbabwean cricket team will arrive in Pakistan on October 20 for a series of ODIs and T20s against Pakistan and will then complete the quarantine period on October 21-27, followed by the visiting team on October 28 and 29. Kar will practice at the Pindi Stadium and then the first ODI between Pakistan and Zimbabwe will be played on October 30.

A Sketchbook About Her Sun is Getting released this Week