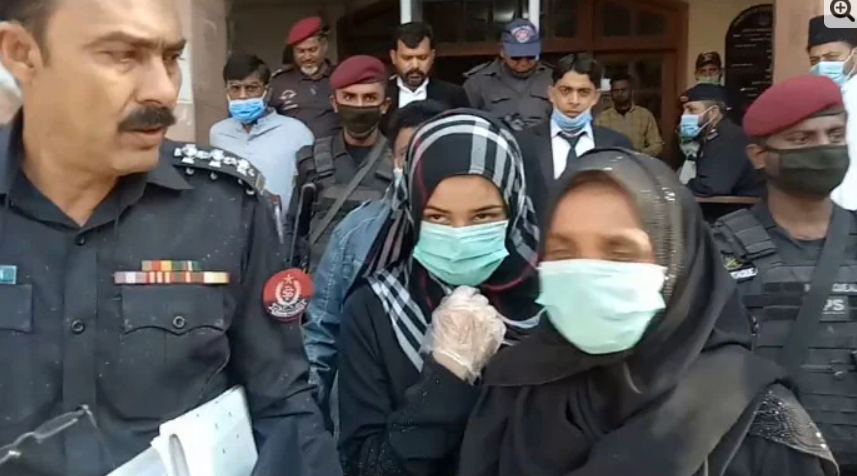 The petition filed by Arzoo Fatima was heard in the Sindh High Court. This lawyer Arzoo Fatima said that my client wants to file a petition that the Darulaman administration did not allow her to meet.

The prosecutor said that this is not a case of kidnapping, it is a case of underage marriage, the judge who arranged the marriage and the other named accused have been granted bail while two accused are absconding.

Arzoo’s lawyer said that the challan of the case has been submitted to the lower court on which Justice KK Agha said that you should remain silent, you are not a lawyer in this case.

The lawyer said that there was a decision of the Supreme Court that the decision should be taken under Islamic law, on which Justice KK Agha remarked that you are contempt of court, if you try to speak further, action will be taken against you.

The court expressed anger over Arzoo Fatima’s lawyer and said, “Don’t give us instructions, we know how the case will go.”

Lawyer Arzoo Fatima said that the case should be decided under Islamic law, to which the court said that we have decided, if you want, you can challenge it in the Supreme Court.

The court, while dealing with the petition filed by Arzoo, directed the police to conduct a transparent investigation and submit a report to the lower court and also asked to transfer the new Muslim girl to Darulaman again.