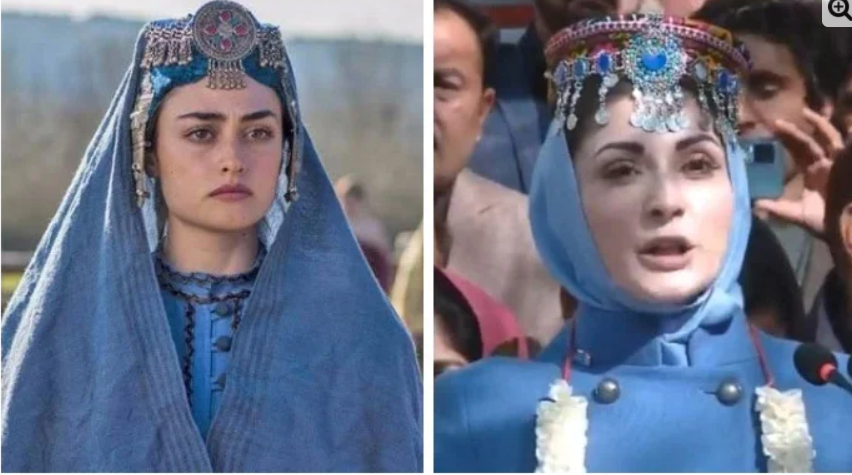 Some pictures of PML-N Vice President Maryam Nawaz during the Gilgit election campaign in various ways have gone viral on social media.

This time, Maryam Nawaz’s unique dressing look at election rallies in Gilgit-Baltistan has gone viral on social media, with a picture comparing her to Halima Sultan, the actress of the famous Turkish drama Ertugrul.

This photo was taken at a rally in Nagar area of ​​Gilgit-Baltistan yesterday in which Maryam Nawaz was seen wearing a blue coat from head to toe, wearing a dupatta (scarf) hat and a decorative forehead band.