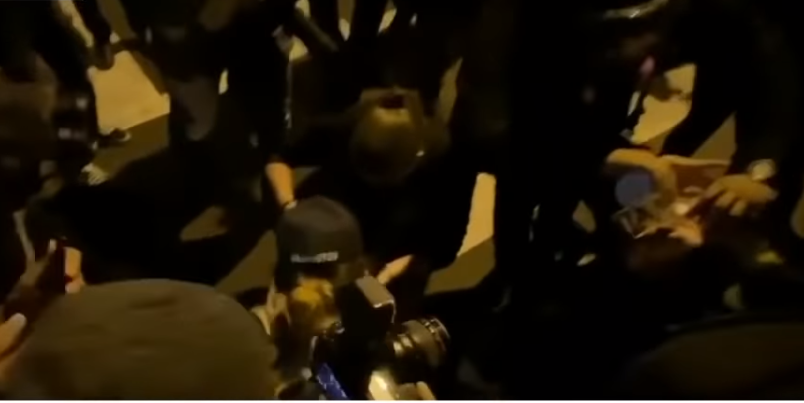 Daylight hours at the march Remain largely peaceful with Tens of thousands of pro-trump Supporters it was after the sun Went down things took a much Uglier tone. fireworks! Fireworks! Fire works! Reporter: counterprotesters Clashed with those who turned Out for the president even Throwing fireworks. There were fistfights through All out brawls which

stretched Into the early hours this Morning. Overall there were 20 arrests According to the mayor’s office. At least seven guns were Recovered. One ma is stabbed he is expected To be all right. Breakdown of 10 a arrests made Earlier yesterday. They include firearm violations, Simple sought, assault on an Officer, and disorderly conduct. The president tweeted

about the Chaos, writing radical left Antifa scum was easily rebuffed By the d.c. maga rally crowd, to Return at night after 99% of the Crowd had left to assault Elderly people and families. Police got there but late. Mayor is not doing her job. We’re also told there were two Police officers who were injured And we’re hoping for an update Later on this morning if were Any additional arrests and any