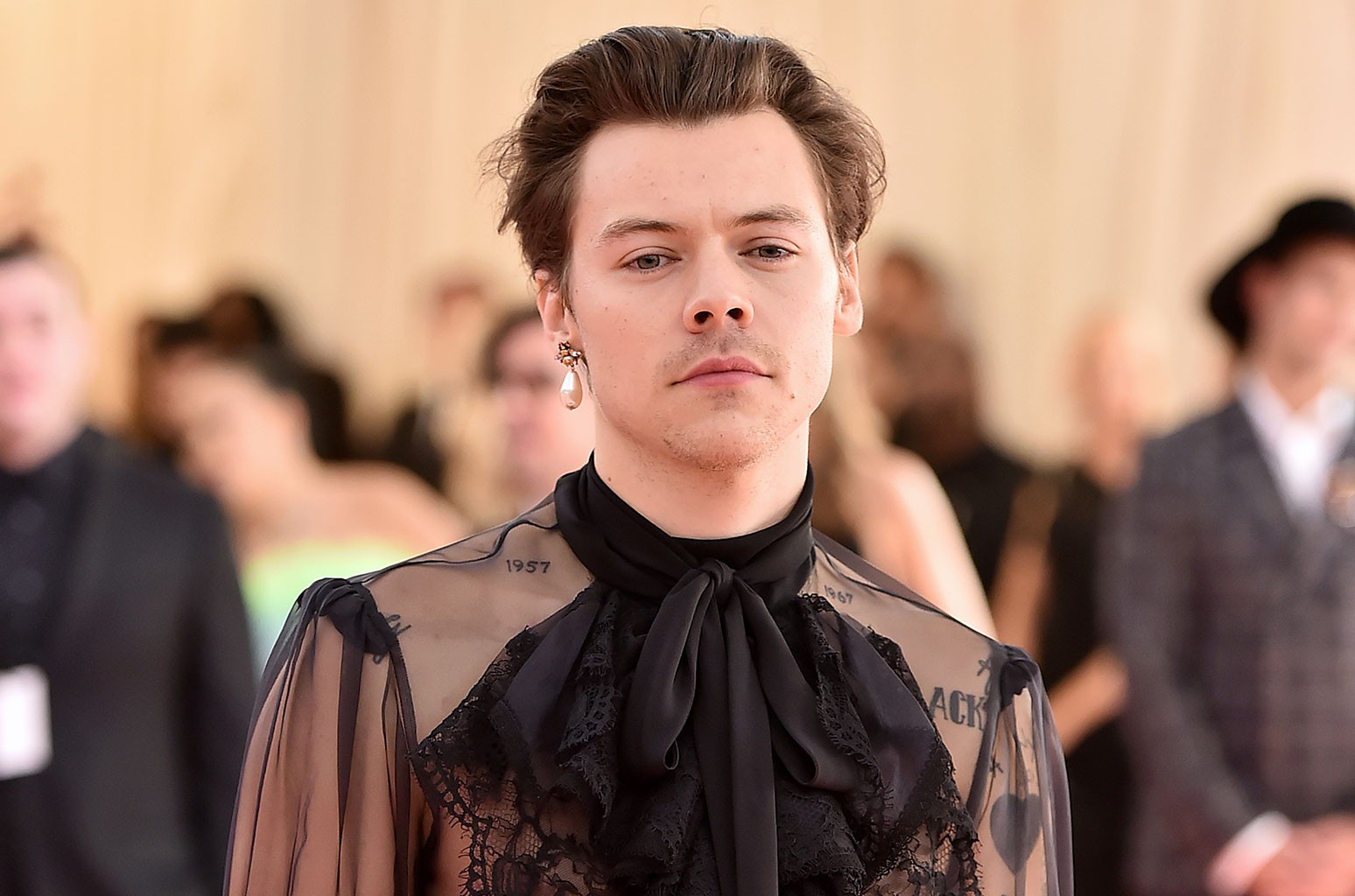 defense after conservative writers and reporters slammed his incredible history making Vogue cover. In case you missed it, last week Harry Styles made history as the first-ever solo male to appear on the cover of US Vogue. For this momentous moment Harry rocked a number of looks inside the magazine and he did as Harry does… he mixed both men’s and women’s fashion creating unique, iconic looks. And on the

cover, he wore a light blue Gucci gown with a blazer, looking absolutely perfect. No surprises there though. Fans of Harry’s know that he has long been outspoken about clothes not having a “gender” and in his interview with Vogue he reiterated just that. Harry said quote, “When you take away ‘There’s clothes for men and there’s clothes for women,’ once you remove any barriers, obviously you open up the arena in

which you can play. I’ll go in shops sometimes, and I just find myself looking at the women’s clothes thinking they’re amazing. It’s like anything — anytime you’re putting barriers up in your own life, you’re just limiting yourself. There’s so much joy to be had in playing with

clothes.” Harry also credited many iconic musicians like Prince, David Bowie, Elvis Presley, Freddie Mercury, and Elton John in helping him feel more confident in wearing more flamboyant pieces. And fans were absolutely gushing over all of Harry’s looks and the cover until

conservative author Candace Owens stepped in. In case you aren’t familiar with Candace, she is a far right pro-Trump activist who often shares her controversial thoughts on social media. This time she came for Harry tweeting, “There is no society that can survive without strong men. The East knows this. In the west, the steady feminization of our men at the same time that Marxism is being taught to our

children is not a coincidence. It is an outright attack. Bring back manly men.” Ben Shapiro, another conservative political commentator, retweeted Candace’s tweet and wrote, “This is perfectly obvious. Anyone who pretends that it is not a referendum on masculinity for men to

don floofy dresses is treating you as a full-on idiot.” And while fans were quick to call out both Candace and Ben for their ignorant remarks, many celebs also chimed in and had Harry’s back. Olivie Wilde was quick to reply to Candace’s tweet with a simple, “you’re pathetic.” Zach Braff shared the photo of Harry and wrote, “Our whole lives boys and men are told we need to be manly. Life is short. Be whatever the fuck

you want to be.” Lord of the Rings actor Elijah Wood also added, “i think you’ve missed the definition of what a man is. masculinity alone does not make a man” YouTuber Joe Santagato tweeted saying, “People forget that men used to wear makeup, wigs, & little ballerina shoes made of wood. Masculinity seemed to be intact back then. They wrote the Constitution & gave each other syphilis. Harry Styles doesn’t even

have syphilis (I think) so why are we mad at him?!” Jaclyn Hill wrote,“Wait a second…. people are actually bothered by Harry Styles wearing a dress on the cover of Vogue? There are bigger problems in the world people!!!” And Jameela Jamil shared a similar sentiment writing

“Harry Styles is plenty manly, because manly is whatever you want it to be, not what some insecure, toxic, woman-hating, homophobic dickheads decided it was hundreds of years ago. He’s 104% perfect.” She also shared this photo and wrote “Also… this was at one time

considered very manly. Wigs, make up, tights, frills… maybe this is the comeback of the “manly man.”” Logan Paul also talked about Candace’s post on his Impaulsive podcast. “Bring back manly men. Because Harry Styles’ wearing a dress in a field. So my question is.. It ain’t manly bro. Bro, why? It ain’t manly. What is manly to you? What does that mean? Is manly like being comfortable in your own skin and

being comfortable with who you are? Regardless of what people think about what you’re wearing?” Logan went on to defend harry and said he would wear a dress on the cover of a magazine “in a heartbeat.” Kathy Griffin also chimed in and rightfully added that “Candy Owens

doesn’t know what she in for going up against the Harry Styles stans.” And Kathy was right. The stans did not disappoint. They protected our Harry and weren’t afraid to drag both Candace and her husband through the mud after she came for Harry. And believe it or not, despite all the backlash Candace received,

Athiya Shetty, KL Rahul pose together as a couple at ‘Tadap’s screening