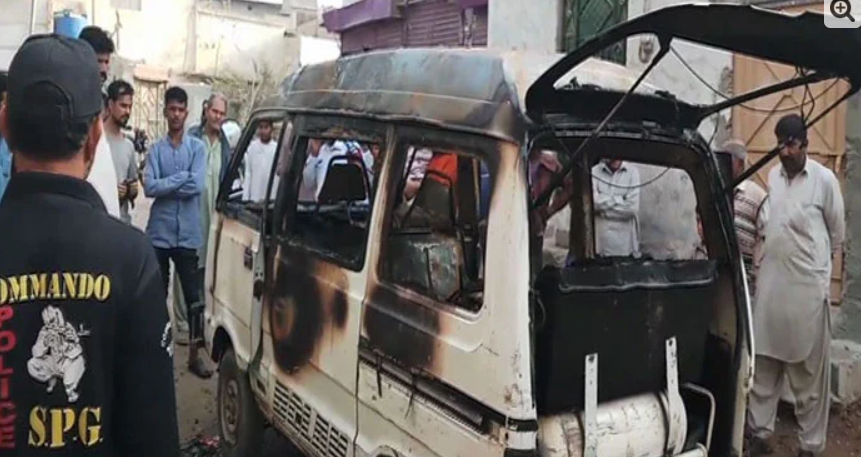 Karachi: A 2-year-old child was killed and his father was injured in a sudden fire in a car

A 2-year-old child was killed and his father was injured when a pick-up truck caught fire in Rizvia area of Karachi.

A fire broke out in a pick-up truck in Rizvia area which engulfed the entire vehicle.

The child was sitting in the front of the car at the time of the incident and the child may have locked the car door from the inside.

An attempt was made to open the car door during the fire but the door could not be opened and the child was burnt to death while his father was also injured while trying to evacuate his son.

fire in a car Rizvia area of Karachi.