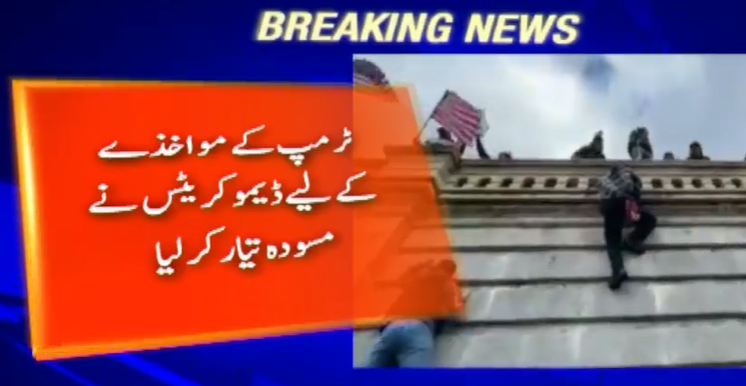 If Trump does not resign immediately, he will be indicted: Speaker Pelosi

Washington: US House of Representatives Speaker Nancy Pelosi has said that if President Trump does not resign immediately, he will be impeached.

Speaker Nancy Pelosi said that if President Trump did not resign immediately, the House would take action on his impeachment motion for encouraging the Capitol Hill incident.

“Members of the House of Representatives hope that Trump will resign immediately, but if they do not, I have formed a Rules Committee to work with Congressman Jamie Raskin to impeach the President on the 25th Amendment,” he said. Will prepare to present a motion under construction.

The speaker said the House has every option, including the 25th Amendment, impeachment motion and resolution, to remove Trump.

On the other hand, Prameela Jayapal, a female Congress member, also demanded that the impeachment proceedings against the President should be started immediately and it should be done now.

Congressman Kelly Kahle also strongly supported the immediate removal of the president through the 25th Amendment or impeachment.

He said Trump’s every day in the White House is extremely unsafe for the United States.