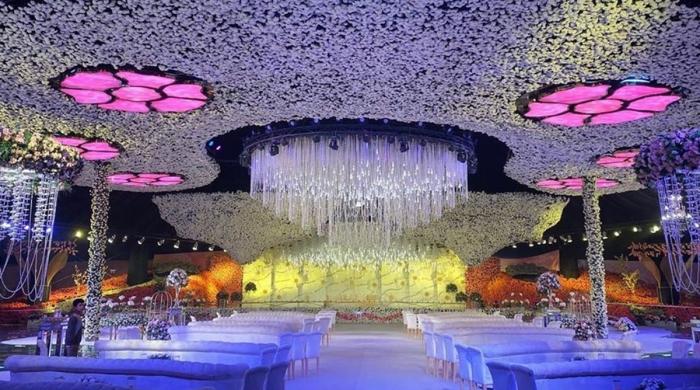 How much did Pakistan’s most expensive wedding cost? Details came out in the inquiry

The Federal Board of Revenue (FBR) has completed an inquiry into Pakistan’s most expensive marriage.

According to sources, Rs 150 million was paid to a private country club for the wedding of the businessman’s daughter, which was booked for 120 days.

According to sources, Rs 10 million was paid for fireworks while up to Rs 95 lakh was given for photography and studio.

Investigations are also underway to pay Rs 15 million to two singers who performed at the wedding.

Sources said that Maulana was allegedly given Rs 1 million for the marriage ceremony.

It may be recalled that the FBR had taken notice of the most expensive marriage of the daughter of a prominent industrialist of Gujranwala after the rumors on social media.