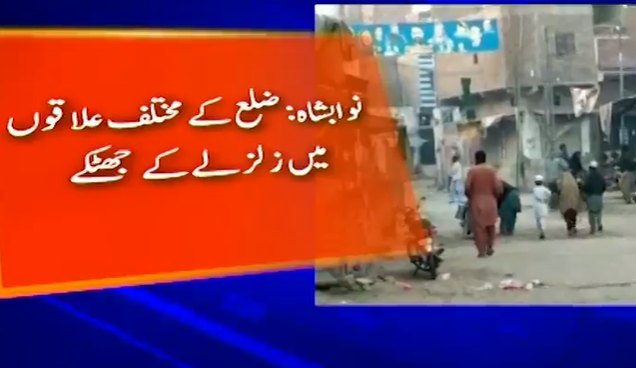 Earthquake shakes Nawabshah in the morning

The quake affected Nawabshah and surrounding areas, forcing residents to flee their homes.

According to Geo News, the tremors were felt in Nawabshah at around 7 am on Tuesday.

According to the seismological center, the magnitude of the quake was 3.5 and the depth was 10 km while its epicenter was 72 km east of Nawabshah.

The quake spread panic among the citizens and they came out of their houses chanting the Kalima Tayyab.

Sources said that no casualties have been reported so far in the quake.