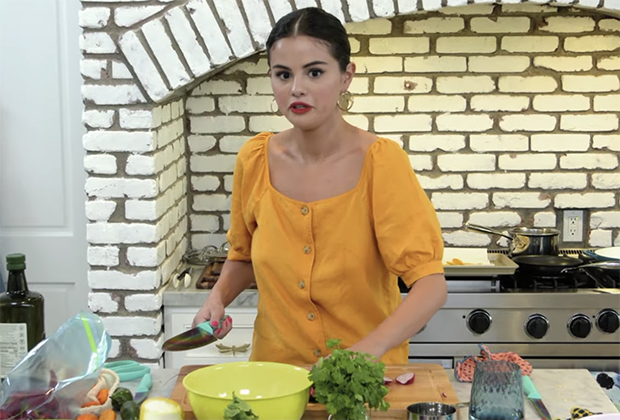 While COVID-19 has put an end to many shows, it’s also brought life to some new content we never would’ve had otherwise. Let’s break it all down! It’s no secret that 2020 has been a rough year for all of us. Many TV shows and movies had to immediately halt production when the lockdowns began in March. Some shows have been able to pick back up since then, with new safety precautions of course, but others unfortunately had to end for good. And these shows had

plans to return to set, but due to all the delays in production and the ongoing pandemic, the shows were forced to shut down permanently. Starting with ‘Glow’. In October, Deadline reported that the beloved Netflix series would not be

returning despite the fact that they were originally renewed for their fourth and final season. Glow had actually begun production back in February before the lockdowns and they were able to get through almost two full episodes. In a statement, Netflix explained why they made the difficult decision to cancel Glow writing “We’ve made the difficult

decision not to do a fourth season of GLOW due to COVID, which makes shooting this physically intimate show with its large ensemble cast especially challenging. We are so grateful to creators and all the writers, cast, and crew for sharing this story about the incredible women of GLOW with us and the world.” Fans were particularly bummed because season

3 of Glow ended on a cliffhanger and now we won’t get to see a resolution for the characters in the series. Cast members from the show like Alison Brie took to Instagram to mourn the show with fans. She shared these photos and wrote “Going to miss this… Will always be grateful to my GLOW family for changing my life forever.” The cast has since held a

Q&amp;A for fans to answer some of those unanswered questions about the show. Sadly, ‘Glow’ wasn’t the only beloved show to get cancelled due to C-19. After six seasons, ‘Drunk History’ got canceled, despite Comedy Central previously renewing the series. Drunk History was another fan favorite and it even started out here on YouTube back in the day. The

hilarious series was created and hosted by Derek Waters but they had so many famous celebrity guests over the years like Will Ferrell, Ryan Gosling, Zooey Deschanel, Bill Hader, Winona Ryder, Seth Rogen, Vanessa Hudgens, Raven Symone, and so many more. ‘Drunk History’ was also already filming episodes when the pandemic hit and they had to halt production. They anticipated to head back to set until they were shocked by the news Comedy Central canned the show.

The show’s host Derek Waters took to Instagram to share his disappointment along with some throwback photos writing, “Beyond disappointed with Comedy Central cancelling Drunk History. Sad to see it end but my god am I thankful for all it did. Posting pics from back in the day when it was just a YouTube video. Without these people the show wouldn’t have

ever happened. Thank you all so so much!” Onto the next show that unfortunately got cancelled is ‘The Society’. The series, which was a modern take on Lord of the Flies, starred Kathryn Newton, Kristine Froseth, Gideon Adlon, and more. It originally premiered in May 2019 and was renewed two months later. The scripts for the upcoming season were already

written and the show was set to begin filming in September, but Netflix cancelled the series in August. Kathryn Newton and Gideon Adlon went live on Instagram to share their heartbreak over the cancellation with fans. know that the writers and everyone are really bummed. We were all very excited to share this new chapter of the show with you all and continue

all the story. I’m sorry we left it on such a cliffhanger, we didn’t want that.” Netflix told Entertainment Weekly that they cancelled this show because of the uncertainty around production dates, balancing the needs and availabilities of a large cast, and the unexpected budget increases due to the pandemic. Such a bummer! But it wasn’t ALL bad news for TV

shows this year. While we had to say goodbye to shows like ‘Glow’, ‘Drunk History’, and ‘The Society’, we also got some brand new content that was born out of the pandemic. First off, the HBO Max series, ‘Selena + Chef’. If you haven’t checked out season 1 yet, you’re missing out. While in quarantine, Selena Gomez brushed up on her cooking skills with the help of master chefs like Antonia Lofaso, Roy Choi, and Jon and Vinny. And fans loved this show so much that it was

actually renewed for season 2 by HBO Max. Along with the exciting announcement back in August, Selena said quote, “Learning from some of the best chefs in the world has vastly improved my cooking skills but I have a lot more to learn. I am looking forward to challenging myself in the kitchen on the next season.” And we’re looking forward to it as well!

Another show that was created this year is ‘Social Distance’ on Netflix. This show was actually born out of the concept of social distancing during this pandemic and tells the stories of people who communicate remotely and rely on technology to maintain connections while staying at home. The series follows a different person or group of people in each episode

and it’s actually extremely emotional. Each episode takes place over video conferencing but they manage to cover everything from grieving a family, to getting sober, to the Black Lives Matter movement, and more. According to

Deadline, the entire project was conceived, cast, and executed entirely remotely during quarantine. I mean, despite many setbacks, Hollywood has still managed to be extremely creative during these tough and trying times! Thankfully more and more shows are finding safe ways to get back on set so hopefully we won’t see any more major cancellations due to COVID