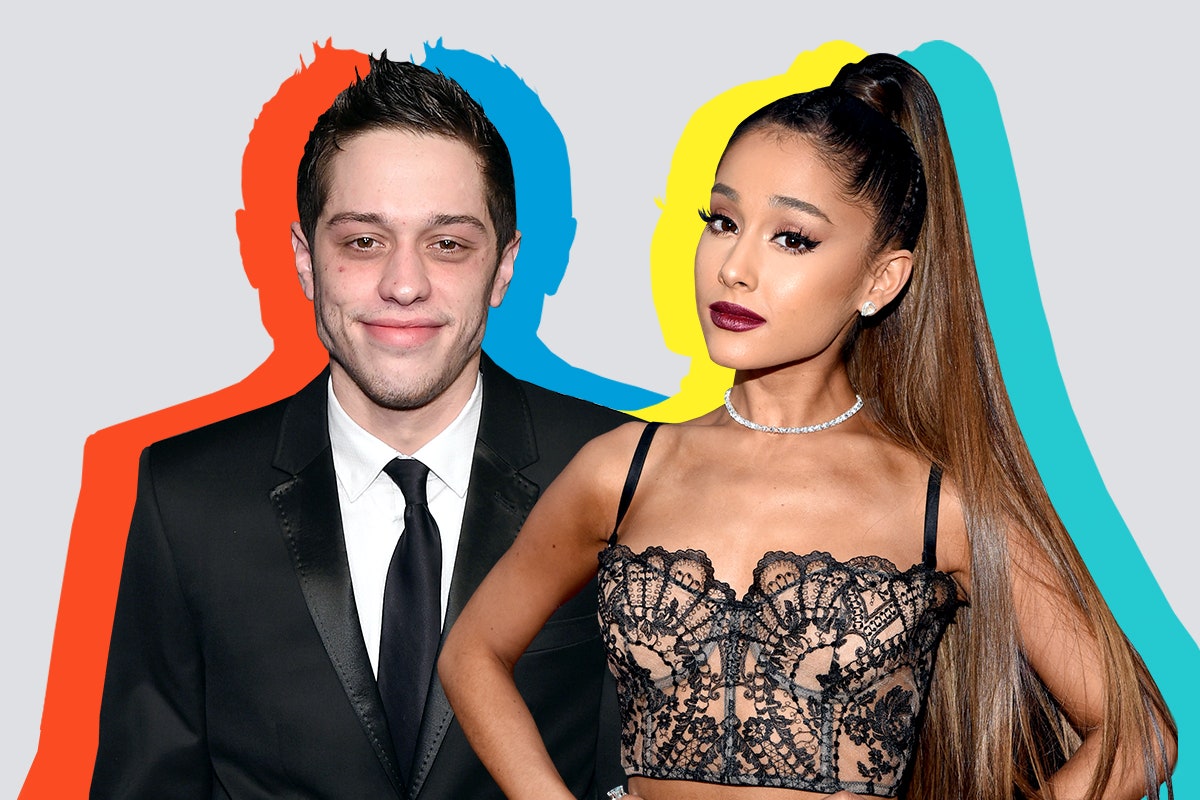 Cazzie David is opening up about the real story behind her breakup from Pete Davidson and how he ended up in a relationship with Ariana Grande just two days after their split. Pete Davidson and Ariana Grande started their whirlwind romance in May 2018 and got engaged just a few weeks later. But just before all that, Pete was in a two-and-a-half-year

relationship with actor/comedian Larry David’s daughter, Cazzie David. When the two broke up and Pete quickly started dating Ariana, Cazzie made headlines for her funny Instagram posts and captions amid all of their relationship news. Like this pic she captioned “Been in Africa, what’d I miss ??” But now, Cazzie is getting real about the emotional turmoil she

privately went through during Pete and Ariana’s highly publicized, short-lived romance, right after her & Pete’s breakup. Cazzie has a book of essays coming out next week titled “No One Asked for This” and one of the essays in the book is about her relationship and split with Pete. In her book she talks about everything from being Larry David’s daughter, to

her long list of bizarre fears, to how she got into writing. And ahead of her book coming out, Cazzie spoke to the LA Times about the project and revealed that she’s most nervous for people to read the essay about Pete. Cazzie revealed how their

relationship ended, saying she quote “struggled to convince him that she really loved him, and she was fearful of ending things, because ‘previously, self-harm and suicide threats had come about from trivial circumstances.’” According to the LA Times, Cazzie explained that she eventually decided to initiate a “break” from Pete, but she called him back a couple

days later to say she had made a mistake. At that point, Pete said he was quote “the happiest he had ever been,” and went on to dump Cazzie two days later in a text message.  The following day, Cazzie found out Pete was dating Ariana. Cazzie said she was initially in a very bad place after hearing this news and spent an entire flight with her dad, quote shaking “uncontrollably in his arms” when they were on the way to her sister’s graduation. According to the outlet, her dad Larry

turned to her and said quote, “CAZZIE, COME ON! YOUR ANCESTORS SURVIVED THE HOLOCAUST!” But the posts on social media only made Cazzie spiral more. She recalled nasty comments on her Instagram page saying Pete had upgraded from Walmart to Chanel. Cazzie told the LA Times that she quote, “struggled to stop the footage playing in her

mind of Pete and Ariana immediately falling in love, accompanied by audio of Ariana’s baby voice whispering sweet nothings in his ear, dubbed over his past declarations of love and trust to me.” Cazzie also explained why it was both cathartic and anxiety-producing writing about the emotional distress Pete caused her after moving on so quickly. She said

quote, “It was a really pivotal moment in my life. And writing about it has caused me a ton of anxiety, especially because I talk so much about hating the attention it brought me. Why would I bring more attention to myself by writing about it? But there’s nothing that’s gonna be worse than what I already experienced with that.” We all know that Pete and Ariana’s

relationship only lasted five months, and in her essay, Cazzie reveals that she and Pete are actually friends again. She told the LA Times that she’s already shown him the essay about their relationship and he is thanked in the acknowledgments of her book. The acknowledgment says quote, “Pete. I love you … Your bravery inspires me and your friendship means

the world to me.” And it’s very clear Ariana has moved on from her time with Pete as she’s now happily in love with her new boyfriend Dalton Gomez. Cazzie’s publisher and the editor told the LA Times that the chapter about Pete is one of the standouts in the book and it quote, “allowed her to take back some of the power over a narrative she couldn’t control.”

And her dad Larry David said quote, “She’s already a better writer than me.” This book of essays seems like it’s just the beginning of Cazzie’s successful writing career. She is also currently working on a script for HBO Max and she’s also written and starred in web series over the years. The future is bright for Cazzie and we’re just glad that she, Pete, and Ariana are all in a better place now than they were after everything went down in 2018.