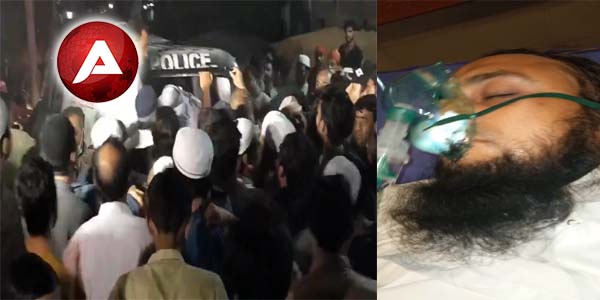 Attack on Mufti Abdullah Yameen: Contradiction between the initial statement of the accused and the incidental evidence

KARACHI: There is a discrepancy between the initial statement of the accused who attacked Mufti Abdullah Yameen in Jamshed Quarter area and the incidental evidence.

Investigative sources said that the case would be registered under anti-terrorism and attempted murder provisions while the arrested accused Mudassar is under investigation. The arrested accused has been taken into custody by the Counter Terrorism Department.

According to sources, there is a discrepancy between the initial statement of the accused and the incidental evidence. CCTV footage did not find any evidence of resistance to the robbery while the mobile data record of the arrested accused is also being taken.

Investigating officials further said that the mobile number used by the accused before the incident will also be investigated and the family will also be contacted to register a case of the incident.

If the family of Mufti Abdullah Yameen does not file a case, the case will be registered in the government’s complaint.

It may be recalled that Imam Mufti Abdullah was injured in a firing incident on Jamshed Road in Karachi recently and the citizens arrested the alleged accused and handed him over to the police.