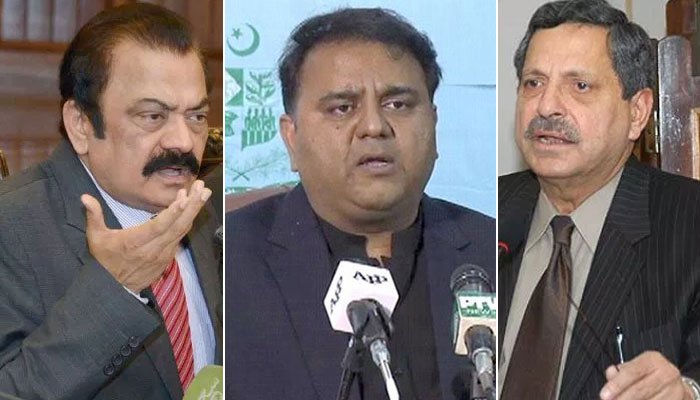 Federal Minister for Science and Technology Fawad Chaudhry and senior PML-N leader Rana Sanaullah have agreed to show the proceedings of the accountability courts live on the media.

Talking on Capital Talk program of Geo News, Fawad Chaudhry said that if the proceedings of courts in UK can be shown on media then why not in Pakistan? But along with Shahid Khaqan Abbasi, the case of Shahbaz Sharif should also be shown live.

In the program, Rana Sanaullah also supported showing the proceedings of the accountability court on the media and said that along with the hearing of the drug case against him, the investigation should also be shown live on TV.

It may be recalled that PML-N Punjab President and Member National Assembly Rana Sanaullah was detained by the Anti-Narcotics Force (ANF) at Sakhiki on the motorway from Faisalabad to Lahore last year.

In this regard, the then Minister of State for Counter Narcotics Shehryar Afridi had claimed that 15 kg of heroin worth Rs 15-20 crore was recovered from Rana Sanaullah’s car.