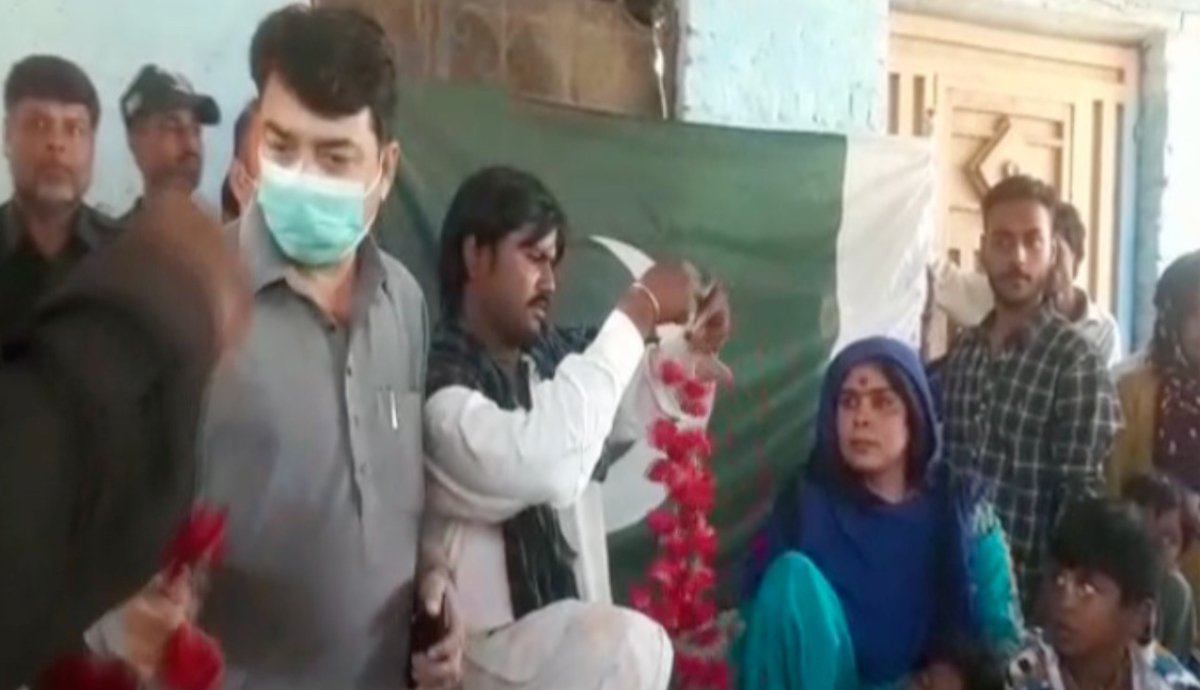 A Pakistani woman, who had been stranded there for two years due to difficulties created by the Indian government, reached Hyderabad with her children.

According to Aarti Sarwan, a Hindu woman living in Hyderabad, she had gone to New Delhi, India, to visit her parents two years ago, but when she wanted to return, the Indian government created difficulties.

The return of the Pakistani woman was made possible after steps were taken by the Pakistan High Commission in India.

On the arrival of a woman stranded in India in Pakistan, the district administration of Hyderabad welcomed her and gave her rations and gifts, while Arti Sarwan thanked the government of Pakistan for its cooperation.

2 years reached Hyderabad with her children woman stranded in India